Brief History of the A-N Region 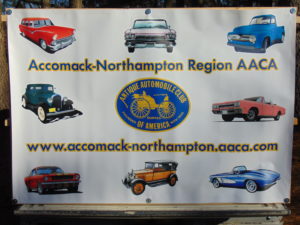 On Sept. 21, 1976 sixteen men held a meeting at Donald Mears Exxon Station , Onley, Va. with the idea of forming an Antique Car Club on the Eastern Shore of Virginia. A Region was formed taking the name Accomack- Northampton Region.
there were 44 charter members and 13 still active members , 20 years later in Sept. of 1996 and in 1996 the club had 93 members.