Rain is a part of this Earths life , however when it comes to outdoor auto shows it can make the best intentions seem futile in comparison. The Region started out to hold this show on May 18 and even got in the Antique Automobile Magazines early issue for 2018 to let others know of our intentions in this region. Founding member Herman Chesser 156816 told me a couple of years earlier that this region wasn’t ready for a region show. Well that was all I needed to spear me along to hold one. Our active members wanted to give it a try and Herman was down due to his health. The pieces were in place , member Robert O. Fjelstad 011406 did his homework to find the trophies and a way to have it judged by members within the region. It helped that a region member Ben Cavileer 221240 is a AACA judge so the pieces were falling into place. I was looking into dash plaques and found what I was looking for and Bob told me to keep it classy so I did my best.
Now May is here and the rains had messed with many shows in our area and the Delmarva peninsula and it was looking like maybe our show was going to be cancelled and it was. Back to the drawing board to reschedule it and June 3 was chosen for the next try and that’s what it was a try , the rains again plagued the show and we had to cancel again. Summer was in full swing and we dropped back to review our options for getting this show in for 2018. The date was moved to Sept. 15 at another location on the shore and again it was rained out with the car show season nearing a close. The club voted to try Nov. 10th at the Sage Restaurant in Onley, Va. which is where our club meetings are held. More flyers were made, more news info sent and another spot set up for me on our local radio station WESR 103.3 FM to tell the area were trying one more time.
November is always a gamble with the weather but go for it and we did , the temps had dropped and the leaves were changing color and a winter type wind was blowing that morning. I couldn’t sleep much and went out to load my truck ( love trucks ) for the last try at bat for 2018 . Headed to Onley a 14 mile ride north of my home to the Sage stopping to place some Car Show signs on Lankford Highway to let them know where it was today. That wind was chilly and the rain had been doing it’s thing the days before the tenth. It was show time and I was more than ready by this point.
Claire Hoff 401970 helped set up the registration tables and get ready to receive our entries for the day with the SUN on our faces, yes the Sun was out and it’s really going to happen the Accomack-Northampton Region of the AACA show was on . Turn out was small and that was okay with me because not giving in was the last best hope of going out with the show in the books. There were class winners and a best of show winner , Cliff Taylor 902193 took Best Of Show honors with his 1968 Ford Galaxie 500 XL. 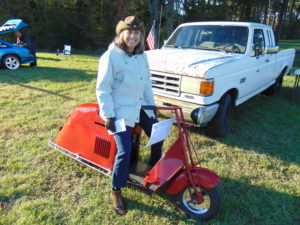 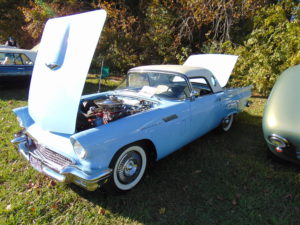 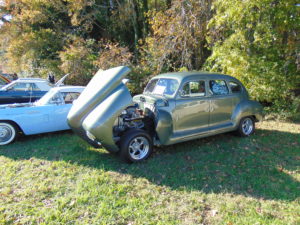 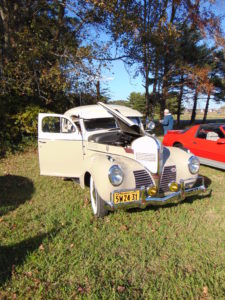 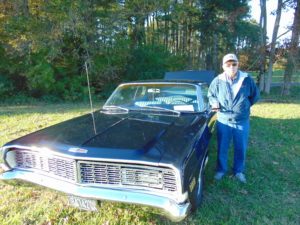 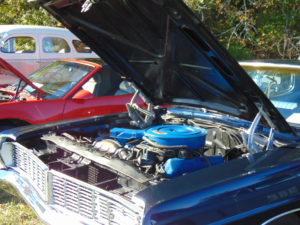 This Car was owned by Cliff’s father and he has taken great care of it for all these years.
In closing I would like to thank the Regions club roster members and the others who aren’t on our roster yet who came out to support this show that took almost seven months to hold. As for this member 905124, Herman you were almost right my friend , glad I didn’t stop trying.